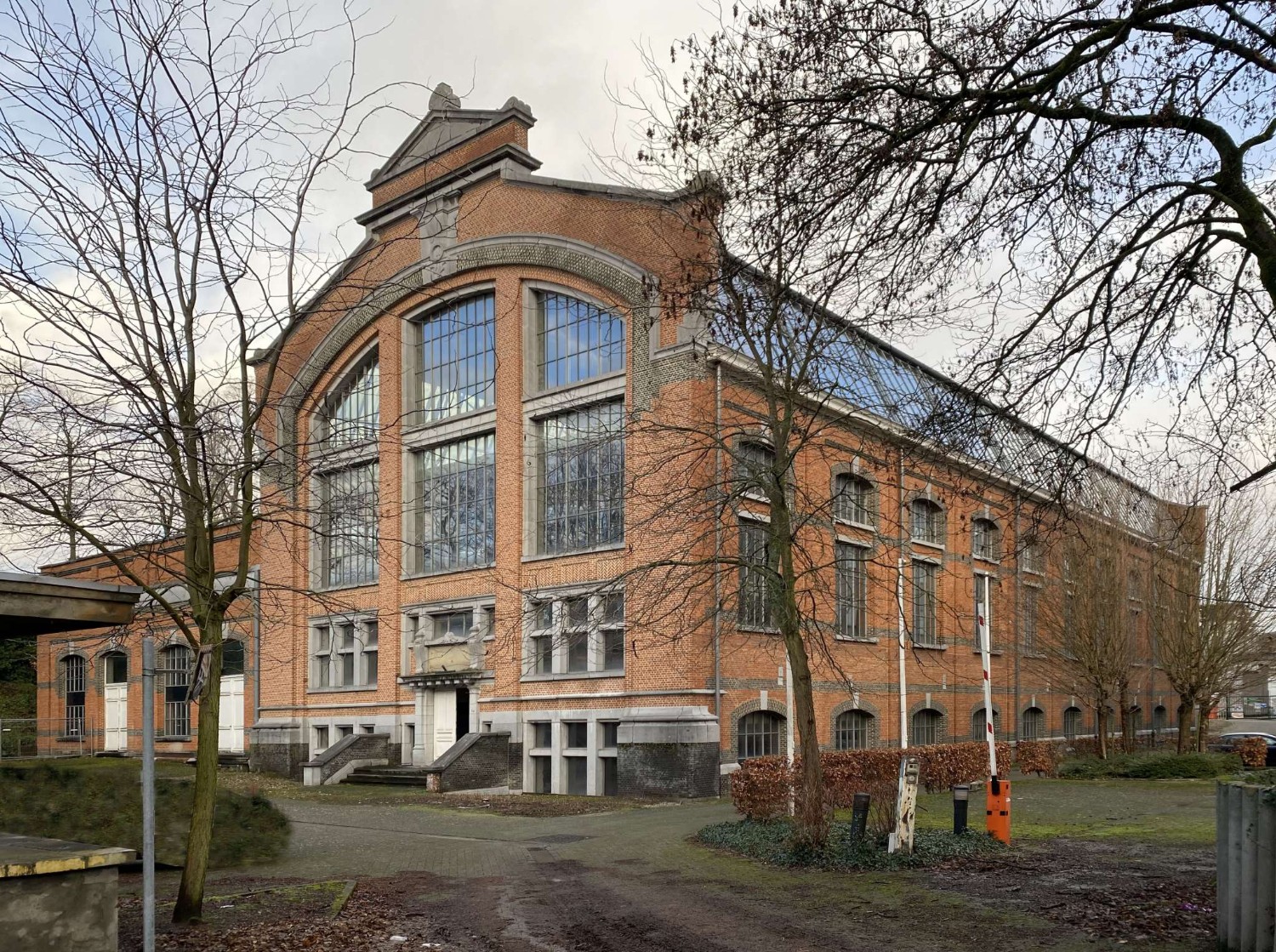 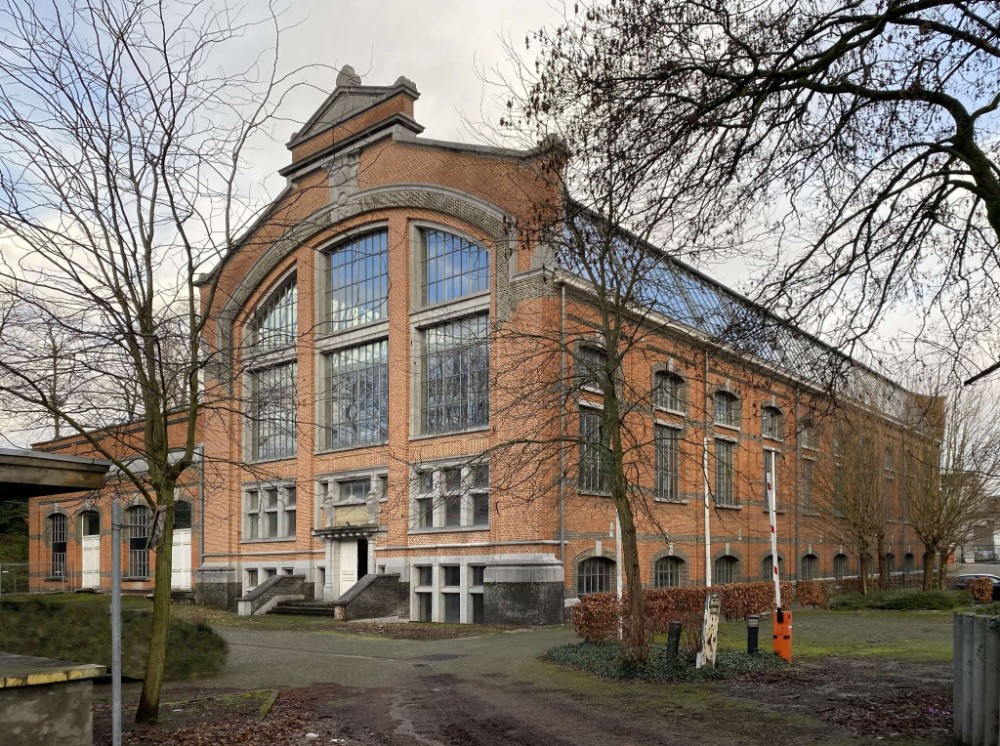 Interview with Michel Toussaint, partner and co-founder, and with Christophe de Nys of Twyce Architects and its cOarchi division, dedicated to cohousing projects.

What challenge was the source of inspiration for your project?

This is a large-scale project, situated in a sought-after area of Ixelles in the Brussels region. Its sheer size (12,000 m² with 30 homes) is a challenge for a set-up like ours, involving co-ownership and cooperative processes. So, the first challenge was to bring together buyers and to tackle the organisational and financial task of acquiring the property - within a very short timeframe - when we were not the only prospective buyers. Then, the stakes rose to a different level. Architecturally speaking, the challenge consists in combining the restoration of an impressive heritage property (a sumptuous and vast centennial hall) and rehabilitation of a building of lesser architectural interest. Then, on an environmental level, we want to be at the cutting-edge when it comes to energy and the use of renewable and eco-friendly materials, whilst also fostering biodiversity and the green urban network. Finally, on a social and societal level, we adopt a mixed-occupancy model incorporating an intergenerational dimension for housing, while endeavouring to open up ownership to younger and less well-off buyers in what is seen as an expensive area. In the business part, we’re looking for engaged actors who share our values, including non-profit organisations and cultural actors.

What innovation did you adopt to tackle this problem?

Twyce’s cOarchi division initially specialised in putting together cohousing projects. Although our core responsibilities remain taking care of feasibility and the technical side, we’ve developed cluster management skills and a participatory approach to project design. All of this takes time and energy. At the same time, it allows us to bring together multiple buyers (fifteen in this case) and above all to optimise the allocation of space, in particular through shared working or leisure spaces such as meeting or event venues, shared gardens, vegetable plots... All with direct ecological impacts. For example, the project incorporates large, planted areas, including on the rooftops. We’re also reducing the number of parking spaces through vehicle sharing and a concerted choice of soft mobility. In this project, we’ve gone further by setting up a dedicated trust. We opted for the Community Land Trust, an innovative approach in which the land isn’t transferred, making ownership more affordable.

What impact has Triodos Bank had on your business?

The bank funded 71% of the purchase (30% of the total cost, estimated at 35 million). But Triodos’ impact doesn’t lie so much in the sums granted as in its ability to foster and support such atypical projects (ed.: intergenerational and cohousing is a priority target for Triodos’ mortgage lending policy). To put it simply, a project like this would have been impossible if a bank like Triodos didn’t exist. Our processes are constantly evolving and far more complex than those of an ordinary developer, as we have to involve the co-owners in every decision. What’s more, we had an occupancy rate of just 40% at the time of acquisition. Few banks are bold enough to involve themselves in such a venture, which includes a fair share of uncertainty and requires true expertise. Via its cohousing projects, cOarchi has developed a close and fruitful partnership with its advisers at Triodos Bank. This collaboration is crucial for projects like Volta XL, where we have to compete with experienced big developers.

What impact can your project have on the sector in which you work?

We don’t want to be seen as revolutionaries. We’re serious participants in the emergence of something new, as society evolves to become more inclusive, in harmony with the environment. Other real estate actors share these values. But it’s important to recognise that our cooperative, inclusive and participatory approach is no easy ride! So, a project on the scale of Volta XL could really get things moving. Some developers look at us and say: “So, it is really possible then?”. I want to answer them with the famous phrase attributed to Mark Twain: “They did not know it was impossible, so they did it”.

What is the impact of your project on the community?

Apart from the environmental and social aspects already mentioned, our way of working - more inclusive, focused on friendliness, sharing and transparency - reflects a growing awareness in society. We hope to bring a vision for the future, even if we aren’t naive idealists: that doesn’t come easy. But, as another saying goes: “If you want to go fast, go alone; if you want to go far, go together”.

How does Triodos Bank share the vision behind your project?

Triodos Bank has real expertise in eco-friendly projects or those with a strong social and societal dimension. This goes beyond simply sharing some values and ideals. As I said, it’s hard to find banks that are prepared to back this kind of project. It’s an existential issue for us. But Triodos Bank didn’t just grant the loan. For example, we benefited from a lower rate because we opted to set up a trust, in an approach of maximum transparency. It’s through our actions that we demonstrate our values, and that’s what Triodos Bank does.

Impact Hub BerlinOr go back to 'Trees for Life'